Wood Buffalo National Park is home to the worlds largest dark sky preserve -and is a stunning place to view the northern lights!

Wood Buffalo National Park is best accessed via Fort Smith. Though we are a common stop along the way its best to plan your visit to this incredible park using the link below!

Wood Buffalo National Park is located on the east flank of the Mackenzie County.  Fort Vermilion, located along the Peace River upstream from Wood Buffalo Park is a gateway community for river travellers and wilderness adventures.

Some of the rare features of Wood Buffalo National Park include the following: 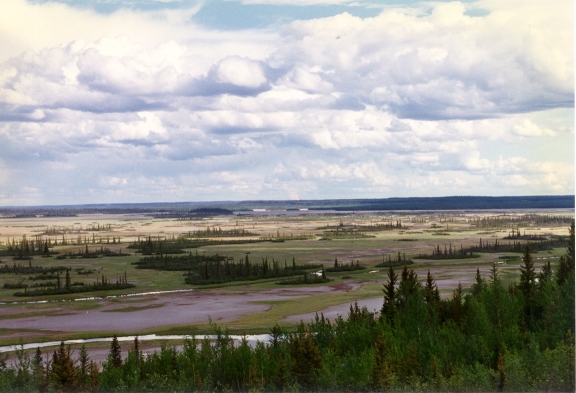 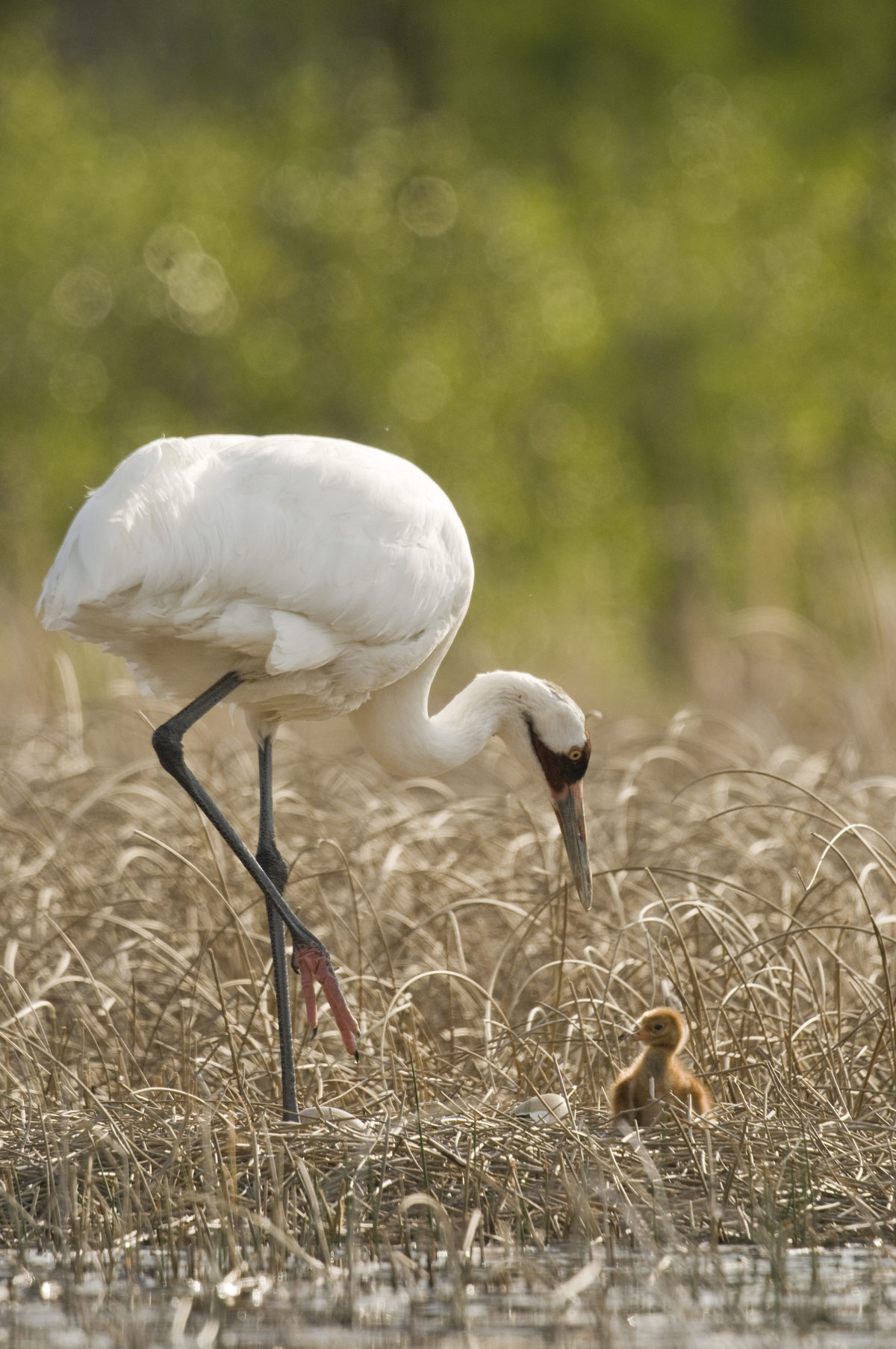 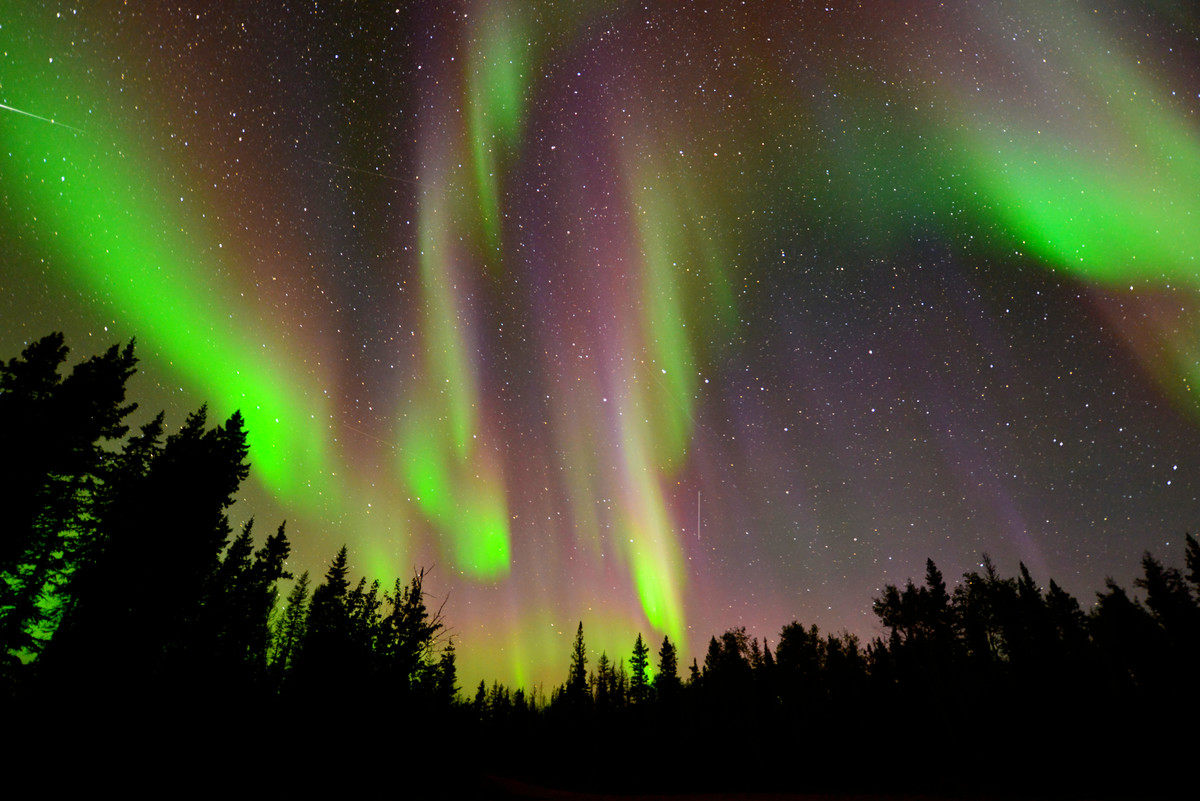 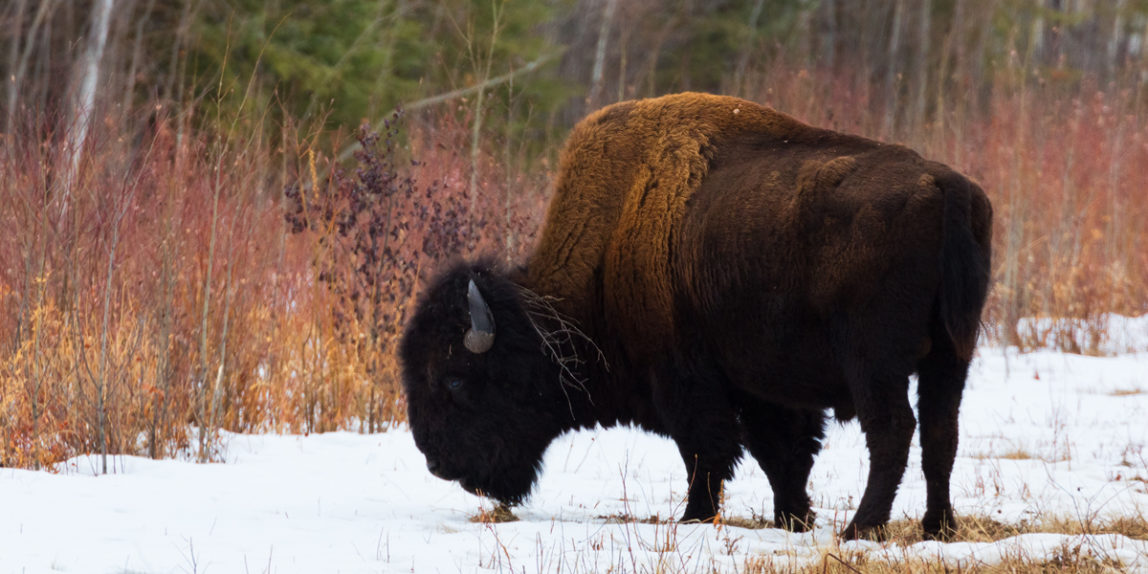 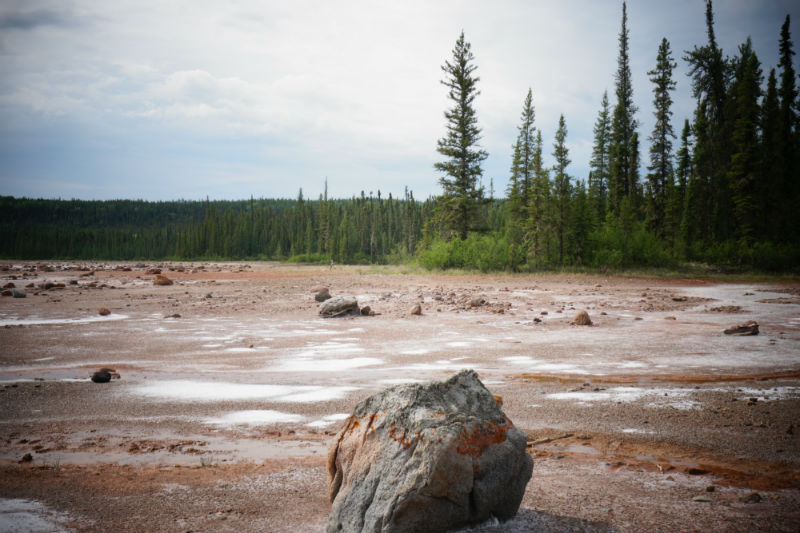 The Peace Athabasca "supports the world's largest free-roaming bison herd as well as 219 other species of mammals, birds and fish.  Millions of swans, geese, ducks and other waterfowl feed or nest here each year.  Few other wetlands on the Continent (of North America) support so much wildlife"

The delta is growing at a rate of 19 hectares per year.  Since the 1960's, 38 percent of the water covering the delta has evaporated.  Hundreds of lakes that once relied on the natural flooding cycles on the Peace and Athabasca rivers have disappeared or have shrunk to one third of their (former) size."

"Eighty percent of the delta lies  within Wood Buffalo National Park.  The delta is the main reason why Wood Buffalo was designated a World Heritage Site by a United Nations committee and why it's been declared a wetland of international significance under the Ramsar Convention, a treaty signed by more than 130 countries including Canada".

This designation preserves habitat for almost a dozen owl species, bats and other nocturnal animals. Restricted artificial light also benefits us as constellations come to life and the Milky Way spills across the horizon. Flare activity on the sun can spread the reds and greens of the Aurora Borealis (or Northern Lights) across the night sky. Late August and September offer longer - but still warm! - nights for Aurora viewing. The cold, often crystal clear nights of December, January and February also offer amazing viewing opportunities. Campers enjoy a vast night sky filled with constellations. Wolves, owls and loons are often heard as visitors gaze at this astronomical portrait far from the urban glare.