Agriculture is an important industry to the Fort Vermilion area. The first practice of it was a garden at Boyers Post in 1788 as noted in Sir Alexander Mackenzie's diary.  Since then agriculture in the area has exceeded expectations of settlers and government officials with the rich fertile soil and long summer days producing an incredible variety of field crops; forage, cereals, and pulse. Fort Vermilion has even produced a special varieties of Alfalfa (Peace Alfalfa) and Flax (Nor-Alta flax) via the Fort Vermilion Experimental Farm. Animal husbandry was an integral skill for early settlers providing them with a food source and horsepower to aid in agricultural production. From these beginnings agriculture has grown to become a vital industry for the Fort Vermilion area, centered in Mackenzie county.

The Sheridan Lawrence Ranch had a flour mill that produced 170,000 lbs of flour in a single year! The turbine that powered the mill is at the FVHC! The same ranch had slaughter houses that could process 25 hogs and 10 cattle in a day!

Settlers bringing animals to the Fort Vermilion area often transported them via raft from Peace River - the rule of thumb was to bring more animals then required - as many of the stock would perish on the raft!

Though noted as a lavish steamer with hot and cold water in each cabin - the 'S.S. D.A.Thomas' also transported livestock. From cows to pigs, the boat was an efficient manner to transport many animals.
At its establishment, in 1907, the Fort Vermilion Experimental Farm was the most northerly experimental sub-station in Canada.

In 1907, Frederick S. Lawrence established the Dominion Experimental Farm at Fort Vermilion in the area called Stoney point ~ 8 kms upstream of Fort Vermilion Settlement.  Robert Jones became its first Superintendent and researcher in 1908. Peace Alfalfa and Noralta Flax were developed through research trials. The experimental farm proved the viability of agriculture in the area and was a great promoter of community - offering animals, seeds and other resources to aid families in establishing farms and food security.  In 1934 the Peace River Broke its banks and flooded the experimental farm after which the farm was moved to is current location on the west edge of Fort. Photographs, textual records and a few artifacts from the Fort Vermilion Experimental Farm were donated to us at the FVHC when the administration office closed in 1994. The buildings, infrastructure and crop land established by the experimental farm are currently operated by Mackenzie Applied Research Association (MARA). 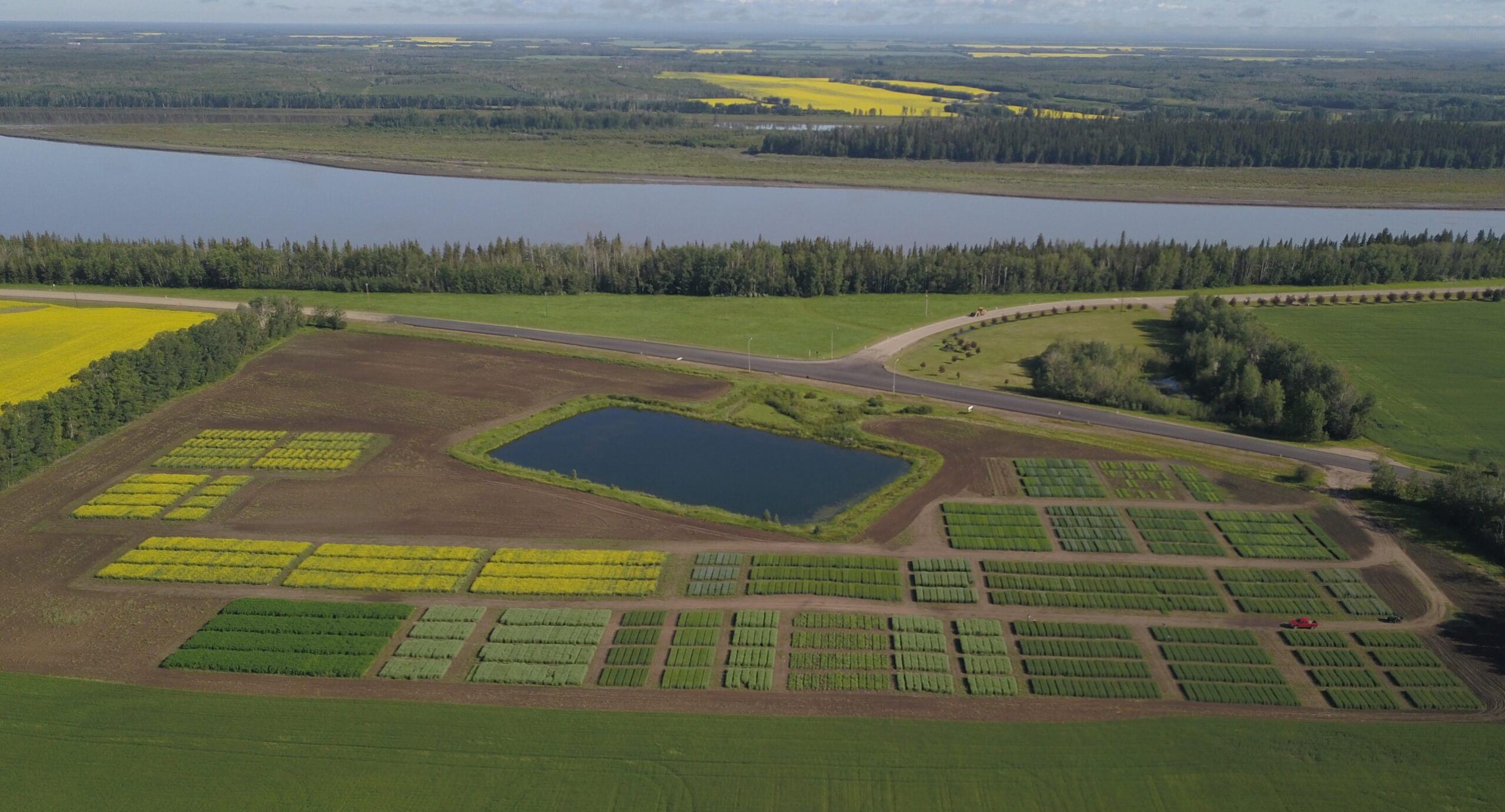 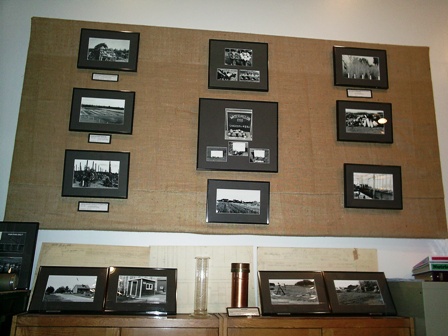 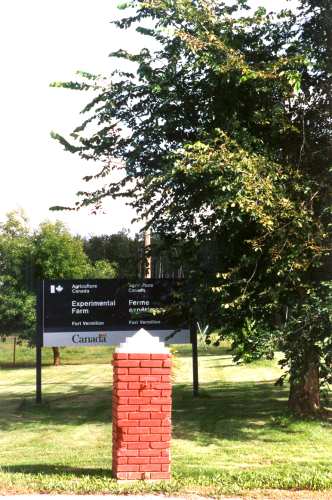